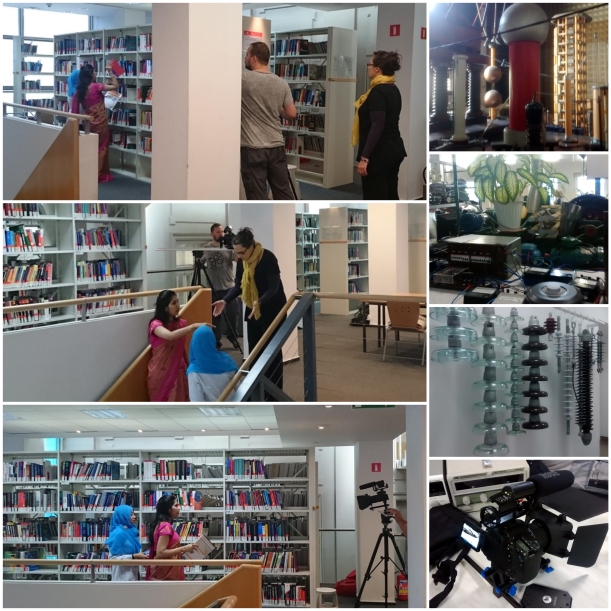 Behind the scenes of filming Warsaw University of Technology (WUT) short movie. Definitely, I don’t have any imagination of becoming an artist (someone who really close with everything in front of camera), until the offering comes, then I began trying a new taste. However, don’t worry I was not as the main character 😁, such experience during filming is more than enough for me, because now I know more WUT besides my faculty, Information Techology. Electrical faculty is really awesome! All the things I’ve seen are sophisticated and we were so fascinating to ask more and more to the laboratory instructor (yep, a bit think nothing of we were recorded 😁). Several international students participated in this movie, for instance from India, Indonesia, Ukraine, France, Turkey, Taiwan, China, Bhutan, Georgia, etc. In the other hand, why this filming is more interesting? Because of the classic reason but always enlighten, that is getting new friends over the globe that I never met before. We are too much easy to close each other in few minutes during the filming, especially Priti, my partner from India. We could talk everything including the ‘hard topic’ of artificial intelligence 😁. She has high passion during the filming, because she enjoy to act in front of camera. I think she can be a Bollywood actress? 😁 A bunch of thanks for WUT and international students office as well as all crews. 😊😊😊 *several photos taken from International Students Office in Facebook*